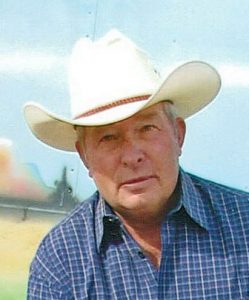 Our dear husband, father, and grandfather Tom was called home by his Heavenly Father on September 9, 2017. His family prepared him for a peaceful night’s rest, and he soon slipped away at age 80.

He was born the second of four children to Alex B. and Edith Warren Williams on January 2, 1937. It was a winter of heavy snow and deep drifts, so Alex parked his truck nearly on the Lund Highway in order to get Edith from their farm to the hospital in time.

Tom loved life on the farm and the mountain as a boy with his brother, Warren, and sisters, Brenda and Mary Jane. He attended Cedar City public schools. Tom graduated from Cedar High School in 1955. He went on to attend College of Southern Utah (now Southern Utah University) for a year. He then received a mission call to the Eastern States Mission, which included the five Canadian Maritime provinces. His missionary service was from 1957 to 1959.

Tom joined the Utah National Guard and was sent to Fort Ord, California for basic training for six months. He was later called up for almost a year of active duty during the Berlin Crisis.

Corinne Sorensen captured Tom’s attention when he returned to Cedar City. She had come from Elko, Nevada to teach school in Cedar City. They were married in the Salt Lake LDS Temple on June 24, 1960. Their children are Kristine (James) Davis, Shannon (Monty) Sorensen, Heather (Dave) Marston, Allison (Scott) Simpson, Jennifer (Daren) Heaton, and John Thomas, who died as an infant.

Tom was a great father. He loved playing games with his girls. “Sleeping Dragon” involved lots of whooping, hollering, and laughing. Tom also taught them to work by lambing, putting up and letting down fences on the mountain, trailing sheep on the livestock trail to get them up to summer pastures, and trailing them back down to the valley in the fall.

Utah State University is where Tom received his bachelor’s and master’s degrees in agricultural economics. He was hired as chief statistician for the Farm Economics branch of the Alberta Department of Agriculture. The family enjoyed the experience of living in Edmonton, where they lived for three years.

Tom returned to Utah State University to obtain a PhD in economics. He was hired by Southern Utah State College (now Southern Utah University) to teach in the Business Department. After six years, he resigned his position and joined his father and brother, Warren, in their livestock operation. Tom spent the winters in Nevada running the sheep on the BLM permits. The summers were spent on Cedar Mountain which Tom loved with all his heart. Tom has served on a number on BLM and Trust Land advisory boards. He was president of the Utah Wool Growers Association during 1999-2000. Tom was named Sheepman of the Year by them in 2006.

From 1973 to 2007, Tom served on the State Bank of Southern Utah Board of Directors. His father, Alex Bulloch Williams, was one of the original board members.

Tom was an active member of the Church of Jesus Christ of Latter-day Saints. Some of his callings included bishop, counselor in a stake presidency, high councilman, stake missionary, and gospel doctrine teacher. Tom had a testimony of the Savior and His gift of the atonement for each of us.

Tom’s parents, brother Warren, sister Brenda, son John Thomas, and grandson Timothy preceded him in death. He left a loving and faithful legacy of five daughters and their spouses, 16 grandchildren, and six great-grandchildren. He is also survived by a sister Mary Jane (Paul) Peterson, sister-in-law Peggy Williams, and a brother-in-law Jim Avila.

Funeral services will take place Saturday, September 16, at 11 a.m. at the Cedar Stake Center (155 E. 400 S. Cedar City). Friends and family may visit Friday evening from 6 to 8 p.m. at Southern Utah Mortuary (190 N. 300 West) and Saturday morning from 9:30 to 10:30 a.m. at the Cedar Stake Center. Interment will be in the Cedar City Cemetery with military honors, under the direction of Southern Utah Mortuary.