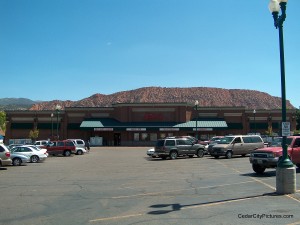 Over 50 years ago, the first Lin’s Store was opened on Main Street in Cedar City, Utah. Founded, owned and operated by Lin and Reva Orton, this first store was the beginning of a great legacy of friendship, quality and value. The original store was small but became very popular with the local people due to the store’s friendly customer service and the high quality of the meat department.

After many years, the family business passed ownership and leadership off to the second generation: J. Sterling Orton, Raymond H. Orton, and Rodney K. Orton. The sons continued to run the Lin’s Marketplace for several years and were successful in their commitment to its continued growth and success. In March of 1999, Associated Foods Stores, Inc. of Salt Lake City, Utah purchased the family business. Today the supermarkets continue to operate under the name of Lin’s Marketplace (Lin’s Supermarket, Inc.).