Ellen (Nellie) Purcell was born November 6, 1846 in Tintwhistle, England. At 9 she, with her parents and sister Margaret (Maggie), 14, began the trek from Iowa to Salt Lake Valley in 1856 with the Edward Martin Handcart Company.

Early snows overtook the company, both Nellie’s parents died on the trail. Nellie’s feet were frozen.

On arrival in Salt Lake Valley, she was strapped to a board. No anesthetics were available. Both her legs were amputated just below the knee with a buthcher’s knife and carpenter’s saw.

For the rest of her life she moved about on the painful stubs of her legs.

At 24 in Cedar City she became the plural wife of William Unthank. His income was small.

Beginning as a wife in a one-room log house with a dirt floor, she kept her home spotless. Nellie took in washing, she knitted stockings to sell. She gave birth to 6 children. Her Bishop and Relief Society occasionally brought food to her family. To even the score, once a year she and her children cleaned the meeting house throughout.

Nellie died at 68 in Cedar City — A noble representative of the rank and file of Mormon Pioneers. 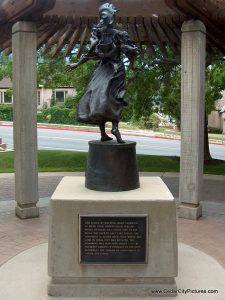 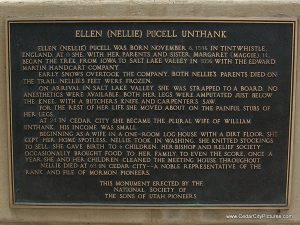 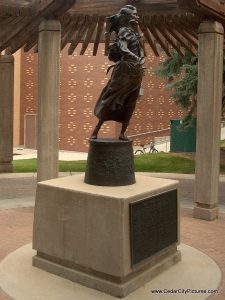 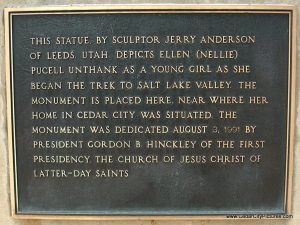 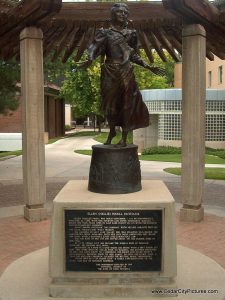